Ahhhh, summer, how we do love thee … so much, we’re not letting you go, not quite yet. This collection of Seven Recipes for Lazy Late-Summer Breakfasts is for all of us who love to take it slow some mornings, sipping iced coffee, reveling in the abundance of fresh vegetables … plus for all fans of Eggs for Supper, wait until you see what’s here. Let me inspire your next late-summer meals, won’t you? 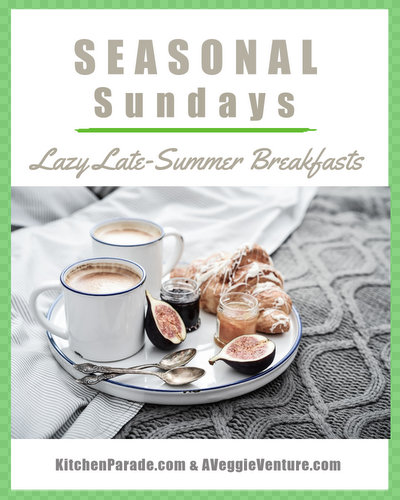 Blink this week and whoosh, the calendar will flip to September, what some call “fall” invoking apple-picking and pumpkin patches.

Ahead of us is “late summer” … its very own season, a few glorious weeks of not-quite-summer but definitely-not-autumn, when the vegetable bins are stacked with glossy eggplant and oddly shaped peppers and hefty summer squash and and and …

You just might wanna set aside some cold brew for ice coffee and bake a little bacon. Settle in … savor every moment.

The country needs calm, thoughtful and assertive voices amid the chaos inflicted by a minority hellbent on taking/retaining power by strangling democratic principles and equal rights.

It’s time to look up, study up and speak up. Make your voice heard!

Don’t get overwhelmed. None of us have to personally change the world.

WE JUST HAVE TO DO OUR PART.

Pick one thing and put it on top of your To Do List this week. Next week, add another.

Here are my suggestions. I’ll be adding to this list …

NEW THIS WEEK The news is a lot, no doubt. It’s hard to keep up, we have lives to live. It’s easy to look away, feeling helpless or even hopeless.

One way to counteract these feelings is to “clean your sink” or “make your bed”.

Huh??? Well, sure, clean your kitchen sink and make your bed if you want but these are really metaphors for the idea that when you’re feeling stuck, do ONE thing and have something to show for it.

This week, I suggest diving deep into a single issue, one that matters in your own life and those you love.

LAST WEEK Learn from historians and thought leaders who are fighting for democracy each and every day. Many are publishing newsletters on a site called Substack. Nearly all have “free” versions (that’s what I’m doing, so far) even if there are options for paid subscriptions. Just type in your email and hit subscribe. No spam, no ads, just thoughtful thinking from smart people attempting to help the U.S. save itself from authoritarian anti-democratic minority rule.

TWO WEEKS AGO Check out and sign up for Red Wine & Blue, suburban women on a mission relating to voting rights, reproductive choice, book bans and so much more. This week I participated in a 30-minute Great Troublemaker Training Session on Zoom that introduced relational organizing aka talking to your family and friends.

THREE WEEKS AGO Sign up for Chop Wood, Carry Water, a 5x weekly email, each one with targeted, timely suggestions on who to call/write/text about what, including easily adaptable scripts. I lurked for a couple of weeks but now make five-ten minutes an essential part of my day.

Wondering about a recipe from the last while? Check Recent Recipes from Kitchen Parade and Recent Vegetable Recipes from A Veggie Venture. 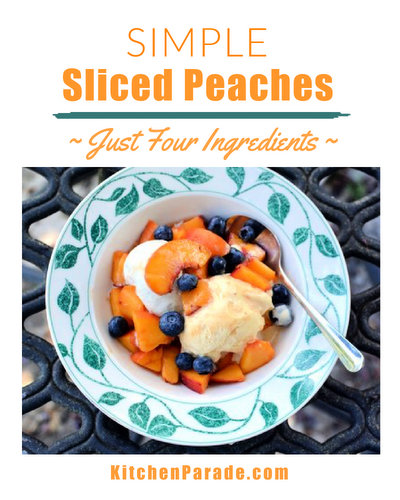 Don’t Be a Stranger …

I’d love to hear from you. Comment, send me a quick e-mail via [email protected], dot-dash in Morse code, build a fire for smoke signals, launch a message in a bottle, send a Christmas letter, get the dog to yip, toss me a note wrapped in a rubberband, write a message in the sky, scratch a note in the sand, listen to a seashell, tuck a question into a plastic Easter egg, whatever.